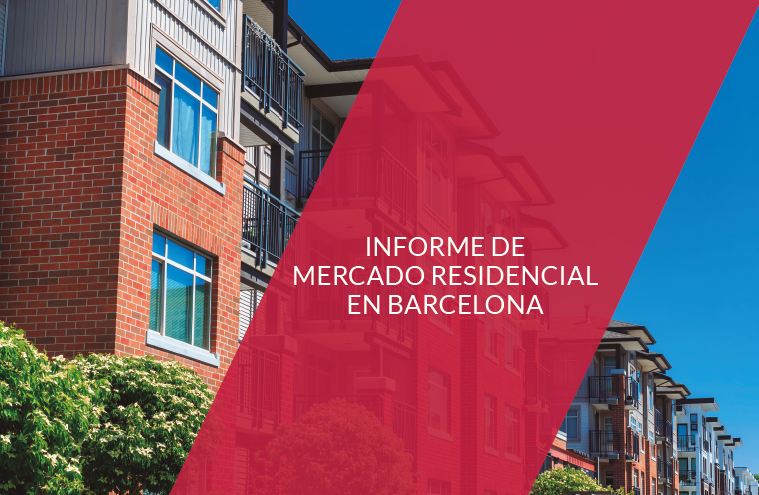 Regarding to sales prices, there was a rise in second homes’ demand in all the districts of Barcelona, registering a 6, 8% year-on-year increase. In rents, the price of sqm for H2 2017 in Barcelona stood at an average of €15, 50/month, which stands at 3, 4% year-on-year increase. Ciutat Vella is the district which registered the highest rents of the Catalan capital, with an average of €19/sqm/month. The forecast for price growth in the city of Barcelona maintains the upward trend for 2018 although more moderately than in 2017.

The rental demand in Barcelona has followed a favourable evolution in the second half of 2017, aligned with the trend of the past 2 years. 70% of requests come from couples and families, which range from ages between 30 to 55 years old. Cultural and economic motivations are among the main reasons to rent a home. Job insecurity and lack of financial assistance of certain families have excluded them from the rent market, which has led them to share a home. In the past semester, FORCADELL noted there was an important flow of demand of rental property that was being transferred to the sale market. This trend slowed down at the end of 2017, due in part to a certain caution showed by buyers as well as owners. The pressure of demand continues inducing rents upward.

There is an insufficient rental housing stock in Barcelona to answer to the prominent demand currently registering the Catalan capital. The greater imbalance is found specifically in those properties with rents ranging between 850-1.000 €/month (available home), which has caused a spike in interest for the metropolitan area. By contrast, the residential housing park with homes featuring rents over €1.200/month have enough properties to attend its respective demand. The rental market is more dynamic, reducing considerably the time between a property is put on the market and the moment when it is actually rented, especially in rents up to €1.000/month. The owner of a property takes 2 to 3 days at most to find a suitable tenant. Regarding properties with higher rents, the period is from 2 to 3 weeks.

The average price of sqm to rent in H2 2017 in Barcelona is in the range of €15,50/sqm/month, which indicates a 1,9% inter-semestral increase. Ciutat Vella is the district which registered the highest rents in the Catalan capital (€19/sqm/month on average). The forecast for Barcelona, which has been registering continued increases since 2012, is for a trend towards a rent stabilization for 2018, with slight increases in specific zones. In Barcelona, yields are roughly between 3% in Prime and 4% in the 2nd Lines, which makes it an interesting product for owners and buyers opting for this type of investment. Underline that the upward price trend of flats to rent in Barcelona has transferred into the metropolitan area. L’Hospitalet de Llobregat and Sant Cugat del Vallès, for instance, registered significant increases this past semester.

Replacement buyer demand is still growing, remaining as the key driver of the sale market. The mortgage scenario has consolidated a favorable path in H2 2017 with interest rates at an all-time low and a negative euribor (-0, 19% in December) which encouraged more consumers in purchasing properties in Barcelona. Sales in Catalonia prove this positive moment, registering 31.485 transactions of replacement purchase sales, along the 2nd semester of 2017, according to data of the INE (Office for National Statistics), a 5, 1% more than in 2016. It is worth underlining that sale demand has shown a certain caution which has slowed down but not cancelled, purchase decisions.

Aligned with supply distribution these last years, Eixample has been the district of the Catalan capital which has had more availability in the H2 2017, followed by St Martí, Ciutat Vella and Sarrià-Sant Gervasi, although this district gathers 3 semesters of slight decrease regarding available properties. In addition, Sarrià-Sant Gervasi is the district that has the largest volume of high-end properties, more than 40% of the total supply of luxury properties in Barcelona are located in this area. The Catalan capital continues to suffer from lack of available land to build to respond to the growing demand for new construction, which makes a greater commitment to the integral rehabilitation of buildings necessary. The reactivation of the residential sector has expanded to the metropolitan area both in terms of demand and home revaluation, as well as in number of transactions.

There has been a widespread price raise for second hand homes in all the districts in Barcelona, registering a 1,7% increase respect the first semester of 2017, and a 6,8% Y-o-Y increase. According to districts, Ciutat Vella has seen a higher price increase (up to 11% respect the 2ndsemester of 2016), so the average 90 sqm home with 3 or 4 rooms went from €2.651/month in the H2 2016 to stand at €2.952/month in H2 2017. Nou Barris and Guinardó are the districts which have registered the less inter-semestral increase, in the 0, 5% range. Property as an investment asset has consolidated its attractiveness for small investors, family offices and investment funds, due to the continued rent growth and the revaluation that this type of asset has experienced. Forecast for growth of sale prices in Barcelona maintains the upward trend for 2018, although more moderately than in 2017.

The new construction market registered a favourable growth rate in Barcelona the second semester of 2017, regarding transaction volumes as well as in number of promotions developed. In the 2nd half of the year, there were 28% more new construction properties sold respect H2 2016. July and November stand out with significant peaks regarding number of transactions made in the Barcelona region: 717 and 607 respectively, according to data collected by the INE (Office of National Statistics). The new construction market maintains the trend of expansion towards the neighbouring municipalities of the Catalan capital. According to regions, the Barcelonès, BaixLlobregat and Vallès Occidental have presented the largest volume of promoter activity throughout 2017. Pre-letting is still very popular for the advantages offered to clients: revaluation of the property until its construction, possibility of choosing precise finishes and deferred payment of the property.

Current supply for new construction property is increasingly scarce in the city of Barcelona due to lack of space. The only land reserves are found in the 22@ and in Poblenou districts, a fact which makes building rehabilitation all the more necessary in the Catalan capital, an activity which now only represents 3,5% of the new residential developments. In the 2nd semester of the year, Sarrià-Sant Gervasi has been the district that has concentrated most new construction developments projects, and Ciutat Vella and Eixample in rehabilitation. In towns like Mataró, Sant Cugat and Terrassa, supply for new construction properties is also considered scarce, although it is no due to a lack of land or demand but because promoter has not been able to be reactivated.

Prices for new construction in Barcelona have been successively increasing for the last 4 years. The market recovery together with the lack of properties has caused a rise in prices almost all the zones. The average price for new construction stood at a 2,7% inter-semestral increase in H2 2017, reaching an average of €5,439/sqm. Sant Andreu was the district that experienced the highest price increase and the forecast for 2018-2019 is for Nou Barris to follow the same trend as its adjoining district. Among the municipalities neighboring the Catalan capital with new construction development activity, Sant Cugat del Vallès and Sitges stand out and average a volume of 3.859 sqm and 3.686 sqm respectively. Both municipalities register the highest prices after the city of Barcelona.

For 2018, the forecast is for new construction prices to maintain the growth trend, although more moderately.

Construction developing activity will continue to increase in the following months in the Barcelona region, especially in the neighbouring municipalities to the Catalan capital, but the lack of developable land ready to build and the delay in the granting of licenses could slow down the pace of the projects as of 2019. For 2018, it is expected financial entities, construction developers and buyers will maintain their mutual understanding, given the positive economic forecast and their financial restructuring with residential developers: financing only part of the building process and the general expenses.