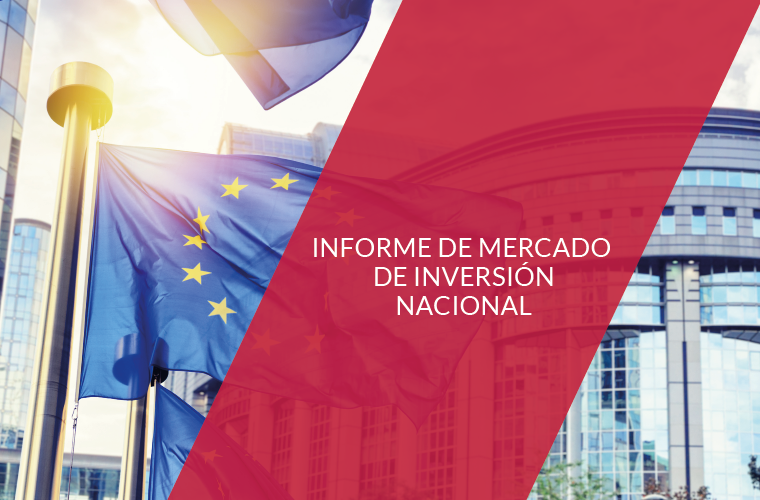 Europe continues to present itself to the world as an ideal scenario in which to develop business plans due to the market fundamentals of the main European capitals: stable currency, low interest rates, high levels of economic activity, context of socioeconomic stability and growth forecast among plenty of others. Within the European framework, Spain remains as one of the most attractive countries for real estate investment, being the 4th country to attract more investment from the EU. The list is headed by Germany, France and - until Brexit shall be effective- the United Kingdom. Looking ahead into 2018, the forecast for Spain is of an increase in fundrising Y-o-Y, a growth presumably higher than the expected for the EU average. In line with the European Union, there is a tendency towards more complex deals: both regarding the deal structures' as well as the number of actors involved. On the other hand, actors are increasing their investment capacity.

Madrid and Barcelona stacked up more than 95% of investment in Spain in 2017. The sociopolitical context in Catalonia has not paralyzed any transactions in any case. However, it has led to a diversification or distribution of investment into the main Spanish cities.

According to the Forcadell Investment Market Report, the Office Buildings have become relevant assets in the professional Investment market in Europe. The favourable perspectives that macroeconomic indicators and fundamentals of the Spanish office market have shown in the last 2 years have made of Madrid and Barcelona the preferential destination for REITs and International funds. In fact, both cities have concentrated 95% of the invested volume in 2017, which reached €2.455m.

While in the H1 2017 the Catalan capital surpassed Madrid the number of transactions of office buildings and total investment volume, in the 2nd half of the year it has been Madrid which has headed the national investment ranking. The rise in take-up, the good absorption pace and the decline of availability rate have pressured rents upward, which stack up to a 5 year growth. Yields, on the other hand, have remained stable in almost all the zones except the 3rd Line in Madrid, which has registered an increase. Yields in Prime reach 4,25% in Madrid and 5% in Barcelona.

Investors are increasingly demanding the basic building qualifications, since it has become an essential requirement for companies when they settle into a new working space. For that reason, and because of the obsolescence of the office park in the city as well as in the neighbouring towns, international funds are specializing in rehabilitations of these type of assets.

Industrial-logistic remains as the sector offering the highest yields from a Core investment standpoint, despite having the lowest rents by sqm. This trend which is also consolidated in Europe, is based in the low return of the equity, compared to other real estate assets. In the 1st Crown, yields continue to compress, while in the 2nd and 3rd there are still slight increases. The favourable take-up figures and the lack of space close to the main urban cores is driving the promotion of new warehouses. Investor interest in promotion projects is focused mainly in logistic warehouses with surfaces ranging between 3.000 and 50.000 sqm to be destined to rent.

Professional investors, however, appear more restrained when investing in industrial assets due to their complexity compared to logistics regarding regulations, construction, obsolesce and other risks of the sector.

Street front premises together with shopping centres are increasingly consolidatating as properties of great interest for investors. Retail investment closes 2017 with record figures, reaching the mark achieved in 2016 (€4.000m). This is due to the weight shopping centres have   had in the annual balance. While in the United States shopping malls have been experiencing a chronic decline, in Spain this commercial format remains popular and keeps expanding, sparking investor interest.

In the second semester of 2017, four new shopping centres have opened in Spain (in Barcelona, Madrid, Gran Canarias and Melilla) and facing 2019, it is estimated 19 more centres will open. In the last year, REITs and the rest of investment funds, national and international, have shown increasing interest in transactions, management, and refurbishments of this type of assets.

Rents of commercial premises have increased while yields in Prime have remained under the 3% rate in Madrid and Barcelona. Yields in both cities show the same compression trend that retail is experiencing in the rest of European capitals, a direct consequence of the high levels of investor demand. Retail parks in contrast maintain higher yields and manage to generate long-term growth perspectives, a fact which makes them a very attractive asset for promotors and investors. Regarding supermarkets, there are increasingly more turnkey and lease transactions being closed.

Hotel investment has set a new record in 2017 reaching an investment volume bordering €4.000m. The positive performance of the Spanish hotel sector (82 million tourists in 2017) has sustained investors’ interest, concentrated geographically in the Costa Brava, Costa del Sol, Palma de Mallorca, Canarias, Madrid and Barcelona, despite restrictions from local administrations regarding grants for new licenses. Madrid registered a high volume of demand and of investment, especially regarding transactions to restructure properties to hotel uses, which caused a drop in Prime yields. Student residences have sparked investor appetite in large players, national as well as international. Interest in this type of assets is focused in the purchase of land to develop new residences and to furbish or rehabilitate properties. Certain investment funds are specializing in urban hotels, tourist resorts, as well as student and senior residences.

Residential professional investment in Spain in 2017 reached a volume of more than €3.000m. This figure confirms the rebound of the residential promotion which started the reactivation phase in 2016 and had not registered such a high activity level since 2008. This sector has 2 main investments: the Core investments and value added promotors. Currently there is a high demand for both options, and while promotors are usually of foreign origin, Core investors are predominantly local.

Property is consolidating as an attractive investment asset due to the continued rent growth and the revaluation experienced by this type of asset. Investors have focused their interest in assets located in metropolitan areas of Madrid, Barcelona, Valencia, Sevilla and Bilbao. In addition, yields have experienced slight increases, especially in the 2nd and 3rd Lines.

Lands have been once more a coveted good for professional investment in most of their purposes when they had been the most disregarded product since the outburst of the crisis at the end of 2007. As of 2016, this tendency changed due to the lowering of prices and the interest of financial entities to dispose of toxic assets, the low interest rates and the upsurge of the Spanish economy. The most demanded lands by investors this H2 2017 have been for residential purposes, followed by industrial-logistics. Investors show distinct interest for developable land ready to build, which allow for a return in 3 or 4 years. In residential most large promotors are looking for a minimum building coefficient of 60 homes and for small and medium between 20 and 30. A significant share of the sales or rents residential lands have been made by investment funds with no banking financing. In industrial, the most sought lands are in the logistic sector, in the 1st and 2nd Crown of Madrid and Barcelona. In Office, the 22@ district in the Catalan capital is still the main land reserve for high quality and sustainable buildings.

REITs have closed the 2017 financial year in an upward trend. The number of these type of companies has continued to increase over the past year with a clear tendency towards specialisation. International funds have doubled their gamble for Spanish companies in all the sectors. Real estate stock is gradually focusing less in investment funds, while market players tend to merge which gives them the capacity to increase investment and opt for larger yields. Family Offices and medium volume investors are carrying out professional investment transactions of less than €20m.

Real estate market investment surpassed €13.500m in Spain at the closing of the 2017 fiscal year. Yields maintain the tendency towards compression, and the forecast signals for continued compression, especially in the 1st Lines. Furthermore, throughout H2 2017 the market has seen divestment processes that have allowed asset rotation. Investment funds, and particularly REITs opt to get rid of investment products which have delivered the expected yield after 3 years. These processes have become a constant flow of assets for those funds which have a permanent demand.

Professional investment market is in a stable phase which will continue for the next few years despite the limitations and risks of the current national scenario: an employment market with very low wages compared with the EU, aging population, and possible interest rate increase in the Eurozone. London will increasingly step back from European investments due to its exit from the European Union (expected for March 2019) while Spain, Germany and France will focus more investment attention.

Professional investment market is in a stable phase which will continue for the next few years despite the limitations and risks of the current national scenario: an employment market with very low wages compared with the EU, aging population, and possible interest rate increase in the Eurozone. London will increasingly step back from European investments due to its exit from the European Union (expected for March 2019) while Spain, Germany and France will focus more investment attention.